2019 marked the 70-year trading anniversary of this iconic Australian owned and managed business.

Our commitment to delivering excellent service and meeting the needs of our customer continues to be the foundation of our continued success. 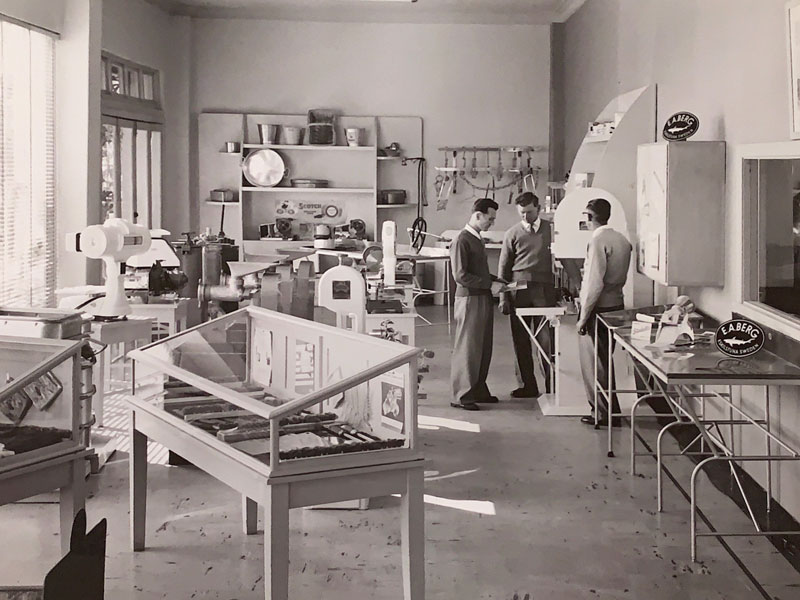 Master Butchers Co-operative Limited was incorporated in January 1949, under the direction of the Wesdan team of Frank West, Managing Director and Victor Dann, Sales Director, as a Co-operative to service the requirements of the Butchering industry.

Early in 1936 two young men of enterprise and vision, with unbounded confidence in the prosperity of this state, started on a venture which has made an indelible impression in the business community of WA, In particular, amongst the Master Butchers of Western Australia. Messrs. Frank West and Victor Dann made a humble beginning as a supply house for Butchers requisites in a store room at 49 Francis Street, Perth and called their new enterprise “Wesdan”. With “Service” their guiding principle, and unlimited energy and enthusiasm, it was not long before the tiny store room became completely inadequate to handle the requirements of the growing list of clients.

Testament to the success of the venture, culminated with management agreeing to enter in to a Co-operative agreement with the Master Butchers of Western Australia.

Master Butchers Co-Operative Ltd continued on the growth path with the same commitment to customer service that established them as market leader in Butchery supplies.

In 1955, Master Butchers Co-operative Ltd, acquired one of the most valuable commercial properties near the inner city, purchasing 10-12 Asquith Street, Victoria Park.

In 2004 the former Co-operative was converted to a non-listed public company and on 6th December, MBL Trading Limited was formerly incorporated by ASIC.

In 2005, the Kewdale block was sold and the profit used to re-invest in a new building. Not long after, 10-12 Asquith Street, Victoria Park was sold and MBL moved to our current premises in Vulcan Road Canning Vale.

Our loyal customers and employees continue to be the cornerstone of MBL’s success. The values established by the founders and their unwavering commitment to providing customer service continue to position MBL as the market leader in the Butchery and Meat Processing sector and an emerging supplier to the Bakery, Food Service and Packaging sectors.

Our interaction with our customers and suppliers and the supply of new and innovative products to our markets is integral to our success, we are committed to maintaining and growing the relationships we have developed over the last 72 years, and look forward to the new relationships we develop over the next 72 years.

MBL Trading Limited, trading as MBL Food & Packaging moved from its historical past as a Co-operative to an unlisted public company back in 2004. The business, backed by a solid financial history and prudent management has also moved from its location in Asquith Street Victoria Park to newer and larger premises in Bannister Rd Canning Vale. We have also moved forward from servicing its former co-operative members and shareholders to opening a 600sqm showroom to the public and trade alike.